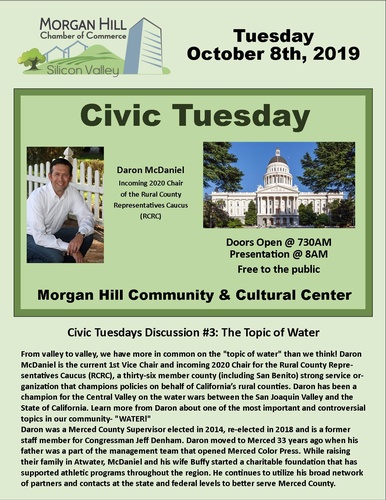 Event Description:
From valley to valley, we have more in common on the "topic of water" than we think! Daron McDaniel is the current 1st Vice Chair and incoming 2020 Chair for the Rural County Representatives Caucus (RCRC), a thirty-six member county (including San Benito) strong service organization that champions policies on behalf of California’s rural counties. Daron has been a champion for the Central Valley on the water wars between the San Joaquin Valley and the State of California. Learn more from Daron about one of the most important and controversial topics in our community- "WATER!" Daron was a Merced County Supervisor elected in 2014, re-elected in 2018 and is a former staff member for Congressman Jeff Denham. Daron moved to Merced 33 years ago when his father was a part of the management team that opened Merced Color Press. While raising their family in Atwater, McDaniel and his wife Buffy started a charitable foundation that has supported athletic programs throughout the region. He continues to utilize his broad network of partners and contacts at the state and federal levels to better serve Merced County.
Event Media: 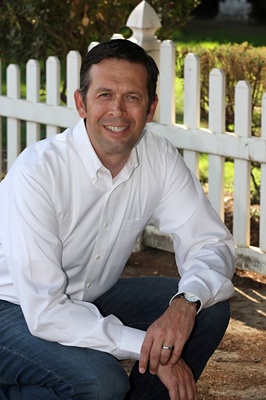