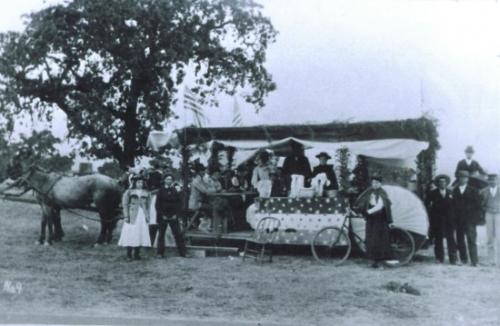 Event Description:
Morgan Hill’s historic July 4th parade started in 1876 as our nation celebrated its first centennial, has run uninterrupted ever since.  Our parade is considered to be the best home town fourth of July parade in N. California and is the official Santa Clara County Independence Day parade, with a street audience in excess of 50,000 spectators.  There are more than 2,500 participants in the parading units, which include great marching bands, colorful floats, a variety of performance groups, and numerous specialty entries
Location:
Downtown Morgan Hill
Runs along Monterey Road
Date/Time Information:

Entertainment begins at 9am
Parade begins at 10am